September 22, 2019
Hello Kate, I really like the things you do for the state of Oregon and will continue to vote for you. Its so nice to have such a strong woman in the position you are in. I met you while I was a client at the Oregon State Hospital and we took a picture together. That was a really cool day. I'm sorry about the misunderstanding there was with the other consumer in my party who handed you a suspicious piece of paper that had to be investigated. He is a good guy but was just sick. I am not sure how they are doing now.

My Name is Preston Berman and I would like to write to you today about what I think is unfair to individuals that were adjudicated guilty except for insanity because they were unable to conform their conduct to the standards and expectations of the law at the time of the instant offense due to the individual suffering from a severe mental condition. As it stands the law was modified to no longer require individuals in my position to receive the maximum sentence allowed under the law. What I believe is unfair and that should be fixed is that doesn't do anything for anyone who was already convicted because the law interpretation was not applied retroactively. Thus I have a 20 year commitment to stay in the state of Oregon. Not that I would leave permanently if I could. I have a life in Oregon, Friends and I really like the state. I feel like if this law got a second or third look maybe there could be a way to revisit all of the cases that were convicted before the change and grant them some relief. As it stands today my only option would be to file for a post conviction relieve have my conviction overturned and return to county jail for a new trial.  I know we have a crisis on our hands in Oregon and I am sure the budget could use some trimming from some of these individuals who are in the same situation as me living successfully in the community leading normal lives.

Another thing I wanted to touch on briefly is that with SB 420 the PSRB was no longer applied to people that were incarcerated at the Oregon State Hospital. They were placed under SHRP. When the law was interpreted as it was written I believe it should have differentiated between Measure 11 arson and Non Measure 11 arson. I was convicted of a non measure 11 arson at least thats what my Public defender told me at the time which should have moved me to Tier 2 under SB420 while I was at the Oregon State Hospital and had me under the SHRP board. But I fell through the cracks.

When the change took effect a large number of clients I know used it as sort of a get out of jail free loop hole. They were out in the community and were revoked to the state hospital on purpose with the sole objective of receiving a jurisdictional discharge from the SHRP panel that had full permission to grant those and doesn't need to clear anything with the PSRB.

I see just now this law has been modified but I haven't read into it yet.

Well Thank you for your time and I hope you can take some of these things into consideration. I really appreciate how the State of Oregon has helped me with my current life trajectory. 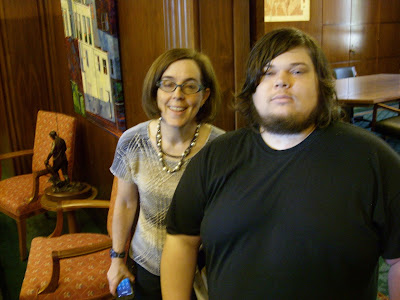 Popular posts from this blog

September 20, 2019
Hi I'm Preston Alcoholic. In 2010 at the bottom of my addiction and disease I tried to kill myself by starting a fire. It did alot of damage and I was given supervision under a mental health court instead of going to prison. The idea of telling anyone that wasn't already under the same court has been horrifying to me for years. I've avoided alot of interactions out of the fear that someone would google my name and find the article about the fire. I'm finally starting to heal enough to talk about my past without shame. Acknowledging it happened but not living in fear of my past. I feel the most unshackled then I have in 10 years. The real healing all started a few days ago. I was trying to do everything possible to use search engine optimization to knock the article about the fire off the front page from my Google results. I made blogs, I uploaded about 50 pictures of my face to wikipedia. I was driving home from my friends house and I saw a homeless person on the side …
Read more

October 03, 2019
WaterOnWheels.org (WOW) is working to bring attention to the issue of dehydration within the homeless community and let people know how they can help.

WaterOnWheels.org is a place where people can sign up, get more information on how to help out and to get stickers to put on water bottles. The stickers are cool because they have the resources on them that the homeless can use to get help they desperately need. Currently the stickers are only for Multnomah County Oregon but with more demand they will expand production to other areas.

Another Initiative that is really cool is IFTF’sUniversal Basic Assets framework and manifesto which does not advocate collectivizing or seizing and distributing resources. Rather, they are a call to action to collaboratively identify the key assets people will need today and in the future in order to lead sustainable livelihoods as individuals, households, and wider communities. UBA offers actionable tools for designing policies and mechanisms for widening …
Read more